As EM-3 coilgun is standalone device for field conditions, I provided it with built-in charging unit (CU) for the accumulator.

At first only charging from electric grid was planned, and standard power block PS-05-12 by Meanwell was used. Then idea appeared to increase flexibility of CU by DC power supply (for instance, from a car cigarette lighter). So I constructed little conveter on LM78S40 according to the scheme given in fig. 1.

The converter is fed from Meanwell or DC-source through diode decoupling. This converter is so-called "step-up-and-down" type and gives about 15 V in its output, which is enough to charge Lead-acid accu. Input voltage range is from 3 to 20 V. R2 is used  to control charging current by built in LM78S40 OpAmp and indicative LED HL1 (it lightes when the accu is being charged with substantial current). Choke L1 is constructed of two standard 470 mcHn inductances. 1.2 Amp*hours lead-acid accumulator consumes no more than 400 mA even on intial charging stage, so integrated  switches of the IC were used without any external transistors. 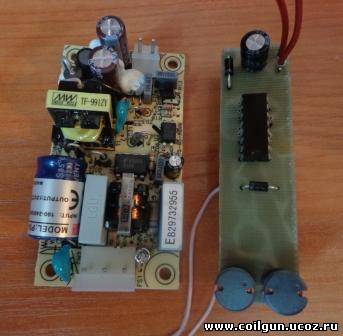 Mounted together, these units formed the device which was easily put into the wodden butt of russian MR-512 air rifle (it has cavity to store the shooter's accessories). Standard grid socket, DC power input and indicative LED are situated on bottom surface of the butt. 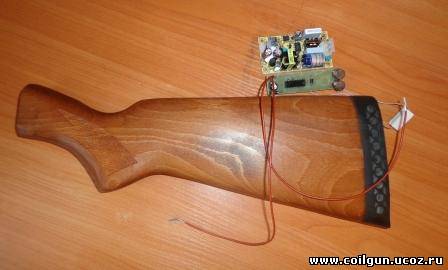 Fig. 3. СU and the butt. Loading resistor is connected to the CU's output to check its operation.